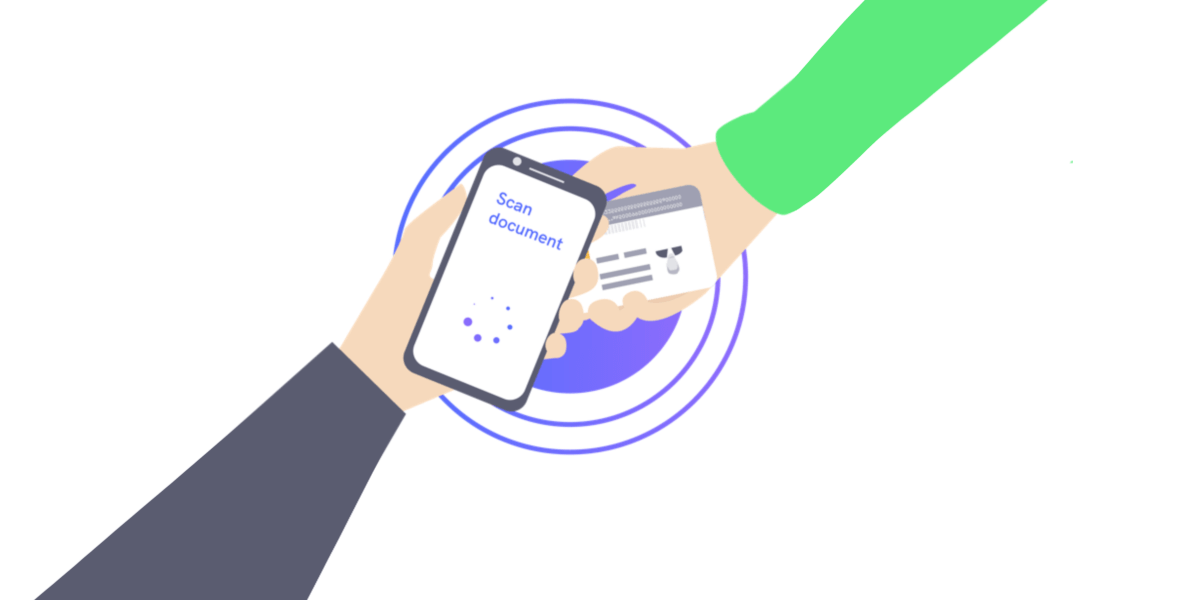 2021 marks the second year of the global pandemic and another year where the digital world proves its importance in today’s life. With digital communication turning a new page and service providers starting a new phase in online service delivery, online identity verification has become a valuable and critical part of the Know Your Customer (KYC) process. And now, NFC or Near-field Communication is proving its worth in enhancing the KYC process as an identity verification tool.

What is Near-field Communication, NFC?

Near-field Communication or NFC is a short-range wireless connectivity technology. It allows smartphones, laptops, tablet computers, and other NFC-equipped devices to transfer data between one another. The communication between the two devices only requires proximity. It does not need the internet, and the data transfer is relatively rapid.

People and industry experts often describe NFC as the “ultimate connectivity,” which adds to the smartness of a user’s smartphone or other electronic devices.

It is similar to “proximity card” and is based on inductive coupling between two antennas fixed in NFC-enabled devices to communicate in one or both directions. NFC uses a 13.56 MHz frequency in the globally available unlicensed radio frequency ISM radio band through the ISO/IEC 18000-3 air interface standard at a data-rate range between 106 to 424 Kbps.

It was Nokia, Philips, and Sony who came together in 2004 to boost NFC technology. Their motive was to introduce NFC technology into our daily lives. Nokia launched their first NFC-enabled phone in 2007, with later Sony introducing NFC in their smartphones. In 2003, Transport for London (TfL) introduced the NFC-enabled Oyster card as a payment method for public transport in London. Until 2012, TfL had issued over 43 million oyster cards, and more than 80% of all journeys on public transport in London were made using these cards.

NFC: How Does it Work?

NFC uses a straightforward near-field wireless connectivity technology. Before NFC came into being, retailers used radio-frequency identification (RFID) to tag and track products inside their stores. The single NFC chip installed in a device works as one part of a wireless link. Magnetic field induction activates that chip when another NFC chip enters close range and establishes a peer-to-peer (P2P) network. Once both the chips are active, the users can exchange small amounts of data between the two devices.

While the technology may appear similar to Bluetooth/WiFi connectivity, it is not. NFC connection uses electromagnetic radio fields, whereas Bluetooth and WiFi rely on radio transmissions.

While the current identity verification is miles ahead of its predecessors, the ones based on visual checks still fall short because:

These problems pose a significant obstacle to companies who wish to simplify their identity verification process while ensuring that it is fail-proof. NFC technology can help solve these issues of identity verification. You can scan and capture the data stored in the tiny chips of identity documents. The solution has become increasingly common, with close to a billion e-passports issued worldwide containing chips with their owner’s personal information embedded in them.

NFC technology can also benefit the regular KYC processes that many businesses apply when bringing in new customers. Of the 3.2 billion active smartphones today, 2 billion of these devices are NFC-enabled. The growing number reflects how users agree to adopt self-verification services and applications. With mobile onboarding turning into a redefining solution, NFC is helping the current identity verification solutions offer additional security methods while enhancing the customer experience. It proves to the customer that the process is legitimate and reduces the operational cost simultaneously.

NFC-enabled IDs help governments and private organizations create a secure and reliable network. It helps reduce and eventually eliminate identity frauds in real-time. Industries and people can be assured that the NFC-based identity document is fault-free since the Personally Identifiable Information (PII) on the document is matched against the data extracted from the chip. During the facial biometric verification, a facial photo of the holder can be matched with the image stored and extracted from the chip.

On top of it, the users can verify their identities from any place using their ID documents and a smartphone.

We are constantly developing better solutions for faster, more secure, and less tedious identity verification processes. We understand the challenges that government organizations and private companies face during the KYC and customer onboarding processes. These operations require quick customer data verification to save time and enhance customer experience. That’s why we have successfully embedded the NFC-enabled identification process into our systems which covers the majority of passports and ID cards issued globally. And since all these documents, including those issued during the last five years, support NFC recognition, it has a much higher adoption rate than anticipated. Find out more about NFC here.